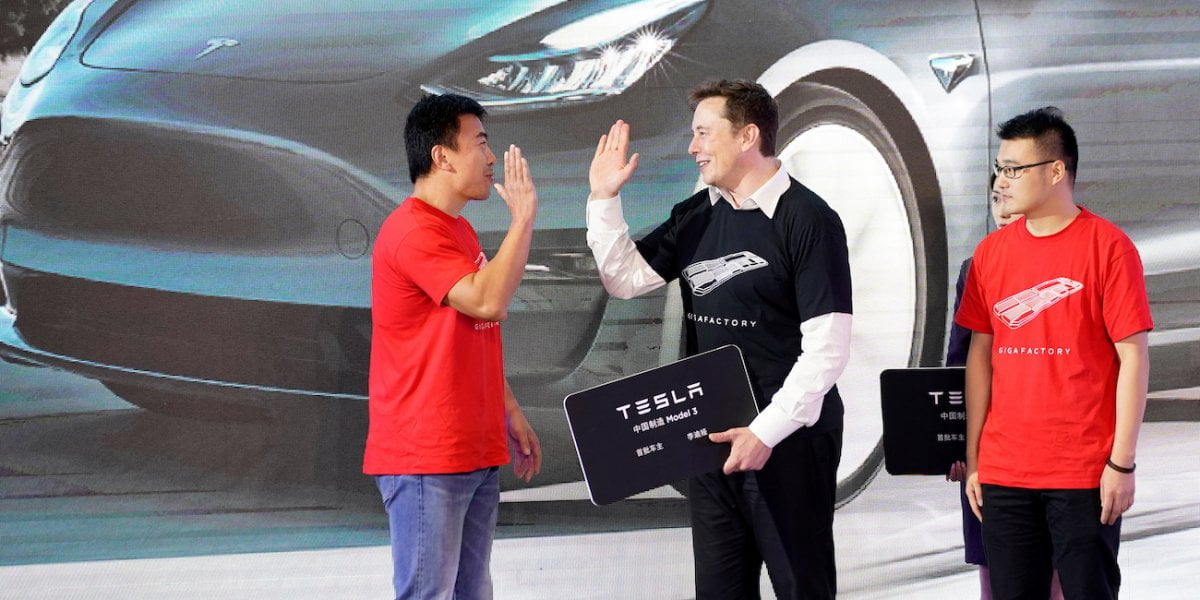 The chief executive was on hand – and in a dancingly good mood – in China, just days after Tesla began delivering its first Model 3 cars made in the country to local employees.

Eventually, Tesla hopes to manufacture vehicles for countries outside of China at the new Gigafactory as well, Musk said, possibly avoiding some trade headaches the company has experienced during President Donald Trump’s ongoing trade war.

“Something that would be super cool … So we’re going to do it … is to try to create a China design and engineering centre to actually design an original car in China for worldwide consumption,” Musk said, according to reports from Reuters and CNBC. “I think this will be very exciting.”

Opening a China factory was key to avoiding further escalation in tariffs put into place by both the US and China. There’s still no end in sight to the political negotiations, though in December the White House said it had reached a “phase one” agreement with Beijing to make “substantial purchases” of US-manufactured goods, including agricultural, energy, and manufacturing products. A signing ceremony is set for January 15, the president tweeted.

Tariffs aside, profit margins could be much higher – upwards of 30% – for Shanghai-built cars, analysts at Morgan Stanley estimated last year.

“We are of the opinion that the new Shanghai Gigafactory has the potential to show how inefficient Tesla’s current production assets are relative to competitors and see scope for the Shanghai Gigafactory to be one of the more profitable auto factories in the world,” the bank’s analysts said.

And as Shanghai comes fully online, Tesla is also beginning to build a factory near Berlin, Germany. According to documents posted in January, the company hopes to eventually build 500,000 Model 3, Model y and “future models” at the European plant. That would be a major increase from the roughly 365,000 cars Tesla produced worldwide in 2019.

“Gigafactory Shanghai will be the first Tesla gigafactory outside the United States,” Musk said at the event, “and it will be the most advanced gigafactory as well. We want to make this factory extremely environmentally sustainable, and for this to be a showpiece for the world.”