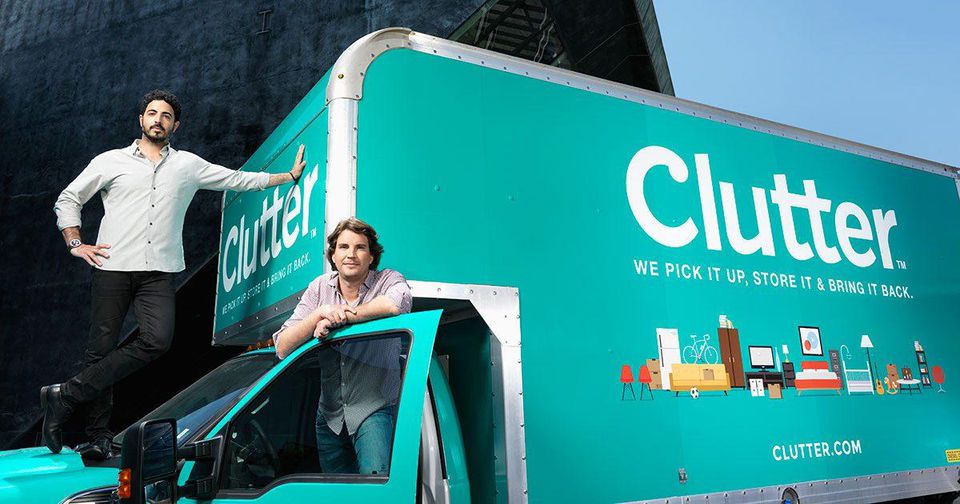 Clutter, a tech storage startup that lets clients store extra stuff without actually leaving their house, has raised $200 million in Series D funding led by the SoftBank Vision Fund alongside VC heavyweights Sequoia, Atomico, GV, Fifth Wall and Four Rivers. The latest round brings Clutter’s total funding to $297 million. Since Clutter raised its Series C funding round in June 2017, the company has more than doubled its revenue and number of customers. With a supply chain that is more intelligent and sophisticated than ever before, Clutter has grown its warehouse footprint to more than 1.7 million square feet of leased and operated warehouses – that’s 30 football fields’ worth.

Clutter will use the new capital infusion to accelerate the company’s expansion into new markets in 2019, including Philadelphia, Portland and Sacramento. Clutter is also doubling down in its existing markets in the greater areas of New York, San Francisco, Los Angeles, Chicago, Seattle, San Diego, Orange County and northern New Jersey, as it marches toward a goal of operating in America’s largest 50 cities and expanding internationally. As part of this investment, Justin Wilson of SoftBank Investment Advisers will join the company’s board.

The size of the U.S. storage market is $38 billion annually, which is bigger than the global music industry. Nearly 10 percent of households use self-storage and there are more self-storage facilities in the U.S. than Starbucks and McDonald’s locations combined. By packing up and moving belongings outside the city, Clutter not only provides a step function better experience to customers, it delivers this service at price parity – or even lower – than your local self-storage.

“Before Clutter, the storage customer experience had been largely unchanged since the first self-storage facility opened in the 1960s. To store their stuff, consumers’ only option was to bear the burden of moving their items in and out of storage themselves,” said Clutter co-founder and CEO Ari Mir. “If people don’t want to leave the house to pick up Chinese food, why would they want to spend their Saturday renting a truck and lugging their stuff to storage?” Mir added, “At the end of the day, consumers want more time back – and that’s where Clutter comes in.”

“We believe that storage is a vast and traditional market with huge potential for disruption, and Clutter’s technology and superior customer proposition will help facilitate future growth in expanding urban communities where space is at a premium,” said Justin Wilson, director at SoftBank Investment Advisers. “Clutter is using technology to help people conveniently store and access their possessions on demand. We are excited to partner with Ari and his team to support the next phase of their growth into new domestic and international markets.”

“Now, we are capitalized to lead the creation of new infrastructure across the moving and storage space,” said Mir. “SoftBank’s investment is the ultimate vote of confidence. This puts us in a position to continue to lead the on-demand storage space and challenge the self-storage incumbents head on.”

There’s almost one billion square feet of self-storage space in the top 50 cities – that’s over 17,000 football fields’ worth – and the average self-storage facility employs just 1.5 people. As more people move to urban areas, cities make it increasingly difficult to develop self-storage facilities because they employ so few people and take up so much space. Clutter employs more people than 99.5 percent of self-storage companies in the U.S. and moves the real estate for storage facilities out of the city limits. What once was a self-storage facility – or might have been developed into one – can now be made into a park, affordable housing or other needs for crowded cities. Additionally, Clutter is creating a new standard for the moving and storage industry. It is mostly unregulated, employees are typically contract only, and they often face hardships. Clutter’s commitment to delivering 5-star service starts with the investment in its people through training programs and full-time employment with benefits for all of its employees, including movers, warehouse employees, and sales and care agents.