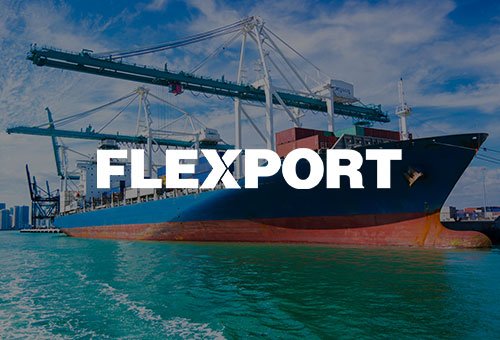 His startup operates its own 747 aircraft and employs 1,066 people across 11 offices and four warehouses. He’s tackling a market he calls “as ancient as mankind.” So when Flexport CEO Ryan Petersen decided to raise venture capital to pour more rocket fuel on his freight-forwarding company’s growth, it’s no surprise he turned to the fund best-known in Silicon Valley for writing massive checks: SoftBank.

Flexport, a software-focused freight forwarder that helps businesses transport their goods to their point of sale, announced a $1 billion funding round led by SoftBank’s Vision Fund on Thursday, with existing investors Founders Fund, DST Global, Cherubic Ventures, Susa Ventures and SF Express all participating. The investment, an all-primary transaction (meaning early investors weren’t selling their shares), values the San Francisco-based company at $3.2 billion, according to a source with knowledge of its terms.

As part of the capital injection, Vision Fund managing partner Michael Ronen will join Flexport’s board and director Ed Shrager comes on as a board observer. Petersen – who retains majority control of the company – will also appoint an independent board member to join Founders Fund’s Trae Stephens.

The investment comes as Flexport continues to grow its business at a clip atypical for startups at its scale. It brought in revenue of $471 million for 2018, a previously unreported total that represents annual growth of 110%.

SoftBank’s big bet on Flexport caps a two-year off-and-on courtship that heated up after Petersen read SoftBank founder Masayoshi Son’s 300-year plan unveiled in 2017. Both founders shared an ambition to use technology to connect people through an “information revolution,” Petersen says. And both speak in sweeping time horizons that can sound prophetic — or hubristic. “The audacity to have a 300 year vision, it just resonated with me,” says Petersen, who says one of the company’s core values is to “play the long game.” “We are an ancient industry; global trade is as ancient as mankind. All great industries are based on trade – and civilizations fall apart when they turn to plunder. We want to advance trade forward for the next few hundred years.”

Choosing SoftBank as a lead investor, however, isn’t without controversy. Much of the Vision Fund’s approximately $100 billion in capital comes from Saudi Arabia, which has faced heightened scrutiny since the murder of journalist Jamal Khashoggi in October 2018. Son recently said it was “too early” to decide whether SoftBank would work with Saudi Arabia for its next fund. Asked whether such a connection gave him pause, Petersen says, “we gave this a lot of thought,” adding that Flexport spent time with the Vision Fund in both the U.S. and Japan. They decided they could live with it. “We found that we were aligned in our vision of how technology could create a better, more interconnected world.”

Today, that scale includes a network of 10,000 import and export experts and customers who spend millions – some more than $10 million per year – for Flexport to manage their supply chains through a combination of software, local experts and physical assets like its warehouses. Tracking and handling freight is a huge business globally, as much as several trillion dollars, Flexport estimates, with at least 5,900 freight forwarders operating in the U.S. Many depend on experts with decades of expertise, who use email, phone calls and spreadsheets to get the job done. “Of the top 100 freight forwarders, we are the only one founded after Netscape,” Petersen quips.

Modernizing that process with technology helped Flexport gain acceptance, and then participate, in startup accelerator Y Combinator in 2014. While many startups were following Marc Andreessen’s battle cry to Silicon Valley from 2011, that software would eat the world, only Petersen wanted to apply that mantra to the deeply unsexy world of logistics. It wasn’t totally out of the blue. He’d worked on multiple projects in the space in the past, including his brother David’s business that imported medical bathtubs from China. “He was clearly obsessed with the import-export business,” says Alexis Ohanian, the Reddit co-founder and former YC partner who also invested in the startup through his VC firm Initialized Capital.

If a company agrees to a trial to manage at least 10 cargo loads through Flexport, Petersen thinks he can prove the company’s value, with Flexport’s software helping optimize each route to prioritize speed, reliability, cost or a combination of the three. That’s how Flexport started to work with sound system maker Sonos, which tested Flexport with one lane of its business, its China to Australia route, in early 2016. Now it’s one of four main logistics partners Sonos uses globally, alongside two multi-billion-dollar-revenue freight forwarding giants and UPS. Sonos was initially skeptical of trusting a startup, says Sonos global operations leader Patrick Stuut. “They’ve showed their value over time,” he says. “My advice is to give them a chance.”

But at other customers, Flexport’s youth is still on display. One of its largest export customers is Georgia-Pacific, the paper company that accounts for the bulk of the freight processed by parent conglomerate Koch Industries. Georgia-Pacific now uses Flexport to send finished product from Uruguay to Latin America, the Middle East and parts of India, and works with two traditional freight forwarders elsewhere. The startup still has a long way to go to work out kinks at such a scale, and needs to add more compliance and international law expertise in markets like European ports over time, says Georgia-Pacific supply chain director Carter Noland.

Add that to a shopping list of additions and improvements Flexport is considering with its $1 billion in new cash. The company plans to hire more engineers, including out of a new second technical office in Chicago, as well as hire more local experts in its global markets. Flexport will also continue to invest in physical assets such as additional warehouses; it’s considered expanding from one plane to more of a fleet. Then there are ancillary businesses, like Flexport Capital, which offers inventory loans to its customers, and products it doesn’t yet offer, like analytics tools for studying and making predictions based on a customer’s shipping patterns.

For SoftBank, Flexport represents a key link in a growing network of logistics-focused investments and subsidiaries that range from warehouse assets, Uber’s automobile and delivery needs to driverless cars and Boston Dynamics’ robots. Add it all up, and it looks a lot like SoftBank assembling an Amazon rival. Ronen, the investor who led SoftBank’s investment, says such thinking is on the right track. “I remember I was in New York City trying to buy a car, and the dealer had no idea where the car is. Maybe they get an email that it’s reached the dock and might show up at the lot eventually. And with Amazon, you can order paper towels and see where they are until they arrive in two hours,” Ronen says. “We should be able to, outside the Amazon ecosystem, get goods delivered to us much quicker and at lower cost.”

While Flexport grows, the company also plans to expand the efforts of its non-profit arm, Flexport.org. That group, which Petersen hasn’t discussed in detail before, offers a carbon calculator to customers to see the environmental impact of their shipments, as well as the opportunity to offset their carbon footprints by donating money to projects and non-governmental organizations vetted by Flexport. The company also offers its software to non-governmental organizations to track donated goods, such as bottled water or work gloves for recovery sites, for free. More recently, Flexport.org expanded to encourage its own clients to donate goods in shipments that have extra space, subsidizing or waiving the cost of shipment. Flexport.org sent 487 cargo shipments in 2018, saving non-profits an average of more than 20% in savings and reducing waste by 3.9 million pounds, according to director Susy Schöneberg.

“They have the opportunity to be a backbone in these scenarios,” says Ashton Kutcher, the actor and investor who backed Flexport and helped it pilot that project in Iowa. “The larger their network becomes, the more efficient they can be.”

If it sounds like a lot for one startup to tackle – that’s because it is. With this funding, Flexport not only faces additional financial pressure – investors will expect it to grow 5x or 10x larger than it is today – as well as execution challenges of doing too much too fast. And that’s without Flexport expanding into blockchain (Petersen says he’s waiting for a shipping standard to emerge, or fail to do so, before he’d build one himself) or making acquisitions should partners or fellow startups stumble and look to sell.

Cue SoftBank, which has emerged as the natural choice for such a large check and similarly outsized ambitions.  Petersen tells the story of meeting Son, and Son’s lesson for him about the early days of Alibaba, the Chinese tech giant in which he was an early investor. Son and founder Jack Ma agreed Alibaba would grow far faster if it didn’t charge transaction fees for years and focused on scale. The implication for Flexport – which Petersen notes does charge for its freight, but offers its software for free – to focus on building its global network at all costs was clear.

“That was an interesting story to hear first-hand,” says Peterson, who spent time with the Japanese investor at his homes near San Francisco and in Tokyo. “Plus I just really enjoyed negotiating a billion-dollar deal while wearing slippers.”